The Rothman Institute is a world-renowned orthopaedic centre in multiple sub-specialties of orthopaedics, including adult reconstruction. As a clinical fellow, I performed and assisted in multiple complex adult reconstruction cases, including difficult primaries and revisions. The combination of high volume operative experience and also extensive research performed has ensured that my orthopaedic training is as extensive as possible. My duties include pre-operative planning, peri-operative management of patients, performance of hip and knee arthroplasty, both clinical and laboratory-based research, participation in regular resident and medical student teaching, and office hours.

Year six of my specialist training. As the senior non-consultant hospital doctor (NCHD), my roles are expanding. I manage the day-to-day rostering of junior doctors, I liaise with the consultants and help plan for both the immediate and mid-term requirements of the service. I help supervise other NCHDs in performing operations, managing patients on the wards and clinics and teach actively in our formal and informal teaching sessions. I have also taken on multiple research projects and have commenced writing a book chapter. My surgical skills have continued to improve and I have been given even more responsibility for more complex cases.

Year six of my specialist training. As the senior NCHD in Cappagh, my role is not only to continue my orthopaedic training, but to oversee the organization of the NCHDs in the hospital. This includes on-call and daily assignments, communicating with administration, human resources and nursing administration. I utilized my managerial skills to ensure that all NCHDs are performing to a satisfactory level. At the same time, my clinical job is focused on arthroplasty. It was during this time period that I attempted and passed the 2nd part of the FRCS Tr&Orth exam.

Year five of my specialist training. I continued my training in trauma and elective orthopaedics. My responsibilities and management decisions again increased. I have instituted a robust audit practice, helped integrate an IT system for the orthopaedic theatre, and participate in a wide range of teaching practices. It was during this time that I attempted and passed the Part 1 of the FRCS (Tr&Orth) exam.

Year four of my specialist registrar training. I continued my training in both trauma and elective orthopaedics. The unit is the busiest unit in the country in terms of overall admissions for trauma. With four operating theatres, 8 consultants and a team of 18 junior doctors, I continued to expand my experience in managing orthopaedic patients in the clinic, emergency department and on the ward. I performed over 1000 procedures under the guidance of the consultants. I have also started a journal club

The second half of my third year of specialist registrar training. My primary duties include the national spinal unit, the adult fracture clinic, trauma and elective orthopaedics. This busy unit expanded my experience in trauma in general, but also exposed me to spinal injuries. As the national referral centre, I was the point of contact for any injury occurring around the country. I was responsible to the expeditious transfer, stabilization and initiation of treatment for these patients (under the guidance of the spinal unit consultants).

In my 3rd year of specialist registrar training, I expanded my experience to paediatric elective and trauma orthopaedic surgery. I regularly participated in fracture and orthopaedic clinics, diagnosing and developing management plans for a wide variety of paediatric orthopaedic complaints. I also organized theatre lists, out-patient waiting lists, and plan for operative interventions. Furthermore I assisted and operated on paediatric patients.

Continuing my 2nd year of Spr Training, I helped lead a team of 10 junior doctors in a busy orthopaedic unit. The unit is a mixture of elective and trauma orthopaedics, consisting of out-patient elective and injury clinics and theatre work. I started an ambitious research project in conjunction with the Cappagh National Orthopaedic Hospital’s Department of Radiology. I increased my operative skills in both elective work, but the emphasis has been on the trauma operations. My clinical decision-making, my leadership abilities and my organizational skills all improved.

My first job as a Specialist Registrar on the Orthopaedic Higher Surgical Training Scheme. I continued my training in elective orthopaedics. The elective unit at AMNCH Tallaght consisted of 9 orthopaedic consultants performing a wide variety of elective orthopaedic procedures, including, but not limited to, hip and knee arthroplasty, spinal surgery, foot and ankle surgery, sports surgery and upper limb surgery. The majority of my experience concentrates around hip and knee arthroplasty, upper limb surgery and sports, but I am given ample opportunity to gain experience in the other subspecialties, including trauma surgery.   On-call duties were in the field of paediatric orthopaedics, which exposed me to this unique group of patients. I improved my knowledge of orthopaedic complaints and treatments by participating in and attending didactic and interactive training meetings, journal clubs and also by attending multiple out-patient clinics during the week. As an SpR, I helped lead the team in daily ward rounds, communicate with patients, families, paramedical staff, nurses and consultants. I expanded my research portfolio by starting a new research project.

Working in the national orthopaedic hospital exposed me, full-time to the field of elective orthopaedics. I worked in an environment composed of 24 consultant orthopaedic surgeons spanning all the subspecialties of orthopaedics. I developed my clinical and operative skills in procedures such as hip and knee arthroplasty, sports medicine, including arthroscopic procedures and both adult and paediatric spinal surgery. I continued to develop my research portfolio, I participated in weekly journal clubs and didactic teaching sessions and actively teach medical students and other members of the multidisciplinary team.

As a first year trainee on the inaugural 4-year Cappagh National Orthopaedic Hospital Training Scheme, I have continued to study and practice orthopaedic surgery. The structure of the Cappagh Scheme allows for dedicated weekly teaching sessions and regular counseling sessions to ensure advancement and uptake of knowledge. Working in a busy university teaching hospital has increased my skills as a trainee orthopaedic surgeon not only in the theatre setting but also in the out-patient, ward and accident and emergency setting. I perform and assist in a wide variety of both trauma and elective procedures, teach medical students and members of the orthopaedic team and have taken up a number of clinical-based orthopaedic research projects.

I continued my training in orthopaedic surgery. I expanded my knowledge and improved my skills and clinical decision-making by performing and assisting in a wide range of orthopaedic procedures, participating in both fracture and out-patient clinics and assessing patients in casualty. I gained valuable experience in communicating with colleagues, nurses, patients and families. I regularly participated in and presented topics at scheduled teaching sessions, monthly audits and informal ward-based teaching. I was also highly involved in clinical research. I led five research projects which I carried out under the supervision of my consultants and with ethical approval from the local ethics committee.

Time spent full-time in the research laboratory towards the earning of the MSc degree from the University of Limerick.

As a first year registrar I gained valuable experience in clinical decision making both in the accident and emergency setting and in fracture and out-patient clinics of a busy trauma unit. I also learned and practiced various operative techniques of fracture management including, but not limited to, open reduction and internal fixation of fractures, closed manipulation, external fixations, casting techniques and intra-medullary nailing. I helped lead a team of 15 non-consultant hospital doctors under the 5 consultants. I was actively involved in clinical research and was involved in setting up a new laboratory-based research unit at the University of Limerick.

My duties included perioperative management of patients on the wards, elective urology clinics and both performing and assisting in urological operations. I followed-up both in-patient and out-patient investigations. I collected and presented data at monthly audit meetings and organized multidisciplinary meetings. I presented topics at the weekly journal club and case-report sessions. I was also involved in active research in the urology department and fulfill teaching responsibilities to undergraduate medical students.

My duties included organizing theatre lists, managing waiting lists, collecting and presenting data for monthly audits and teaching medical students. I was responsible for patients on the wards, including a large cohort of patients in intensive care and high dependency units. I assisted in numerous major colorectal surgeries including abdomino-perineal excisions of rectums and hemicolectomies. I was able to perform under supervision several minor and intermediate surgeries including inguinal hernia repair, appendicectomies, haemorrhoidectomies and laparoscopic and endoscopic procedures. I also became experienced with the introduction and maintenance of central venous lines, arterial lines and chest drains.

Nenagh General Hospital is a busy regional hospital. I received supervised training in endoscopic procedures, suturing and knot tying. My duties included assessing and treating the acute surgical and trauma patients in the accident and emergency department. I participated in regular teaching sessions, organized waiting lists and theatre lists and followed-up both in-patient and out-patient results. I assisted in regular out-patient clinics, managed patients’ perioperative needs and saw surgical consults.

I gained valuable experience in managing the medical problems of a wide variety of patients. I became proficient at minor ward-based procedures including phlebotomy, intra-venous cannulation, pleural taps and lumbar puncture.   I arranged appropriate investigations and followed the results for a large cohort of patients. I participated in the teaching of undergraduate medical students.

I gained valuable experience in managing the perioperative care of surgical patients in a wide variety of specialties. I became proficient at phlebotomy, cannulation, wound management, and nutritional management of patients. I participated in multidisciplinary meetings, monthly audits, and case presentations. I was able to assist at operations on a regular basis and also taught undergraduate medical students.

I have completed was awarded a Masters of Science (MSc) degree for research performed in a laboratory. This research was conducted at the Centre for Applied Biomedical Engineering Research (CABER) under the guidance of Professor Eric Masterson, consultant surgeon Mid-Western Regional Orthopaedic Hospital, Croom and Dr. Tim McGloughlin, Assistant Dean Health Science Research and Course Director of Biomedical Engineering at the University of Limerick.

I had been integral in the development of the research project, including developing and writing a detailed research proposal, winning a research grant from Enterprise Ireland, gaining ethical approval from the local ethics committee, creating the design of the overall project and enlisting the support of orthopaedic companies.

My research involved determining the optimum composition of lipid and water in bone allograft to provide maximum stability and resistance to shear stresses for morsalized impaction allografting. To this end, I designed and built a rig to measure the strength of each sample of bone graft aggregate. It is thought that the better bone graft is able to resist shear forces, the less subsidence implants will encounter when subjected to physiological stresses.

I developed several methods of creating different mixtures of bone graft to determine which would be most suitable for use in the operating theatre. Furthermore I used various lab techniques such as viscosity testing, dual energy x-ray absorptiometry scanning, chemical extraction techniques, and gas chromatography to further analyze each sample. 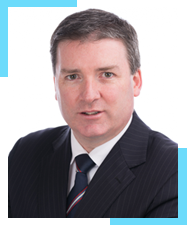 To Know More About Mr. McKenna

What Our Patients Are Saying

It was by far the most informative orthopaedic surgeon visit I've ever had. I highly recommend Mr. McKenna, Hip and Knee replacement specialist... read more

The Best New Treatment in Town 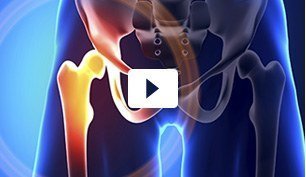